The Drum Set I Wanted and Never Got 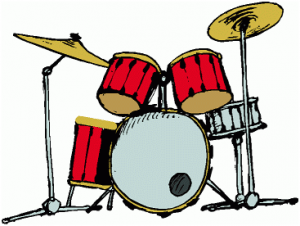 I got home last night after a long day in the office and wanted to relax.  I walked to the mailbox and grabbed the 30 items addressed to ‘Occupant’ and ‘Resident’, and began to sift through the junk mail.  By the way why don’t we get mad about the spam in our mailboxes everyday like we do the spam in our email box?  It takes more time to go through and it’s much more ‘environmentally unfriendly’.  Another post for another day I suppose.

As I am sifting through the free keys to cars, the request to switch to satellite (which I already have…it seems they could save a lot of money if they just checked), and the letters that look just official enough to scare you, I came across a letter from a company that just reported a data breach.  I immediately knew what it meant…I was the proud owner of another free year of credit monitoring.  Until they develop a drug that can let the normal person live beyond 100 I can’t live long enough to cash in all of the free years I have, but I sincerely appreciate the thought.

Once again my personal information has been handed over to hackers to be sold on the “dark web” to the highest bidder.  Typically, my reaction is to take a picture of the letter, text it to my friend and cybersecurity expert extraordinaire Greg Scasny and vent my frustration at the entire system that allows this to happen.  But last night was a little different.  As I was texting my frustrations to Greg a local news channel began talking about the letter and of course the breach.  They announced that the breach was discovered back in November of 2015 (about the same time I was eating turkey and trying to figure out how many V-Tech products we had at the house and which kids had their identity stolen in that breach) but this new company was instructed not to mention that fact…not until now…March 2016.  “The Federal Bureau of Investigation had advised the company of the breach in November but had asked it to hold off on making an announcement so as to not impede the investigation…”  and WHAM!

The feelings running through my head last night were much like Christmas day when I was 10 and I didn’t get the drum set I needed (yes Dad that still bugs me too).  Hurt, denial, and finally anger.  What bothers me most is the FBI has no problem telling Apple to write a program that can end all reason to have encryption on iPhones but are okay with ‘asking’ this company not to tell me that my information was breached and running around that dark web for five months!  That’s right, five months, according to reports the breach most likely happened in October or November.

In fact, that pisses me off more than the breach itself.  That someone in the FBI thought it was more important to investigate one criminal instead of notifying the 2.2 million (so far) people whose personal information was compromised.  I have a little experience in that world and I can tell you that it is difficult to catch hackers with even a little savvy and if you are lucky enough to figure out who it is they usually live in a country that is not the US and nothing can be done to prosecute them.

I never got the drums I wanted but maybe I still can…anyone want to buy some free credit monitoring…I have more than I can use.